A Doctor You Can Trust 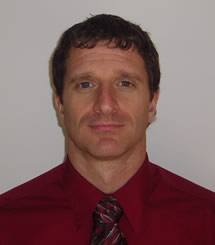 Chiropractor
Dr. Tony Knapp earned his Doctor of Chiropractic from National College of Chiropractic (NCC) in Lombard, Ill. He also holds a Bachelor’s Degree in Human Biology from NCC. Dr. Knapp operated a private practice in Middletown, R.I. for seven years before relocating to Virginia.

An accomplished athlete, Dr. Knapp was the Pennsylvania State Champion for the 50 yard freestyle in swimming and a top ten finisher at the Pennsylvania State Championships for Cross Country in high school. Dr. Knapp then attended college on a full athletic scholarship and was a NCAA Division II 17-time All American in Swimming and a three-time national qualifier in Cross Country. Since his college days, Dr. Knapp has continued to compete. He has completed the Chicago, New York City and Vermont City Marathons. In 2003 he was ranked in the top 10 in nation for the 50 and 100 Freestyle SCY for his age group in swimming and met the United States Association of Triathletes qualifications to apply for professional status.

As a coach, Dr. Knapp served as the head Track and Field and Assistant Cross Country Coach at Roger Williams University in Bristol R.I. from 2003 – 2008. During this time, he was the Men’s Coach of the year for the Commonwealth Coast Coast Conference in 2003 and 2005. Dr. Knapp is a member of the Erie (Pa.) County Aquatic Hall of Fame and the Corry (Pa.) High School Athletic Hall of Fame.

Dr. Knapp resides in Manassas with his wife Sarah, two daughters Shannon and Heather and two sons Oliver and Wesley.